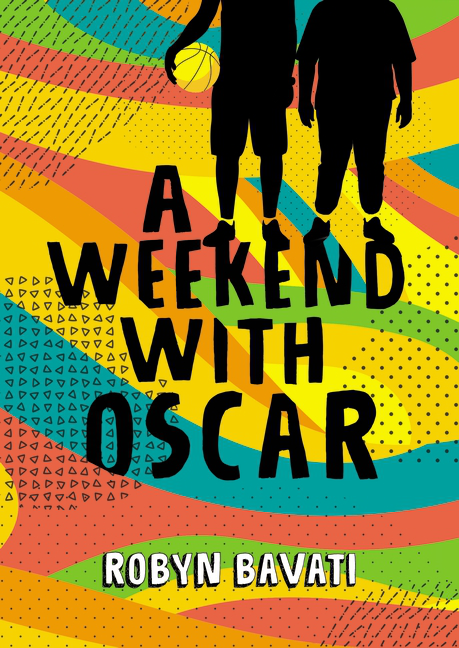 A Weekend with Oscar

https://onlinebookfair.com.au/shop/product/9781760653002-a-weekend-with-oscar-115836
A moving #LoveOzYA novel about loss, first love and being there for your family, no matter what.

Sixteen-year-old Jamie lives with his mum and his younger brother Oscar, who has Down syndrome. Though Jamie is still grieving the loss of his dad, life starts to look up when he meets Zara, the new girl at school. When their mum goes away for the weekend, Jamie volunteers to look after Oscar. But when the weekend is over and their mother doesn’t return, Jamie faces the toughest challenge of his life.

Since Jamie's father died, he feels like he's walking around with a giant wound in his chest. He and his mother don't discuss their grief, in an effort not to burden each other. Occupied with caring for Oscar, Jamie's younger brother who has Down syndrome, Jamie knows his mum is sad as he hears her crying at night.
Jamie tries to focus on school to occupy his mind, with the aim of getting a good job and helping to support the family. Dan, his best friend, is struggling at school--he can't handle the pressure of the accelerated course and his Vietnamese mother refuses to accept that he wants to be a comedian. It seems like everyone is just putting off the inevitable.
When Jamie meets Zara, a new girl at school, he begins to open up. She gets it: her younger sister is on the spectrum and is often nonverbal. They bond over their distaste for shallow conversation and their complicated family lives. Zara shows him her paintings, which are all about communication--the importance of openness and the isolation that comes with staying quiet.
But everything changes when Jamie's mum gets a phone call from her sister Selena. Her husband has just left her and she needs help. Oscar doesn't want to fly all the way to Perth, so Jamie offers to watch him at home in Melbourne while his mum goes to visit her sister. It's only supposed to be for a weekend.
The weekend has its ups and downs. Without a car Jamie struggles to get Oscar to his activities and preserve his routine, but they have some successes when they can get a lift from Oscar's friends or meet up with Zara. Jamie's exhausted, but his weekend is far from over. A massive storm hits Perth and delays all flights going out. Jamie can't get in touch with his mum, so tries to carry on as normal and keep Oscar happy. But being a sole carer for the first time is cutting into his study, sleep, school, and social time. Jamie can't keep this up forever.
As the days pass without contact from his mum, Jamie is forced to accept that she may not be coming back. He made a promise to his parents before his father died that he would take care of Oscar if anything happened to him, so that he could keep his independence. He feels he can't go to the police or alert any authorities or Oscar would be taken away from him and put in foster care. And Aunt Selena doesn't answer the phone.
There are wins and there are losses--Jamie manages to organise Oscar the perfect birthday party with all his friends, but he knows his savings are going to run out and he's missed an important maths test. Finally, Oscar comes to him with his bag packed and demands they go to Perth to look for Mum. Out of options, Jamie books them tickets at the last minute. When they get to Selena's house, they find it empty and are forced to break in.
Jamie starts calling all the hospitals in the area asking for his mother's room number, in the hope of avoiding attention. They don't have any luck until they physically visit the Royal Perth Hospital and a kindly nurse mentions that a coma patient is in ICU with no identification. The boys visit her in the ward and find their mother.
Now it's a waiting game. Jamie and Oscar visit their mum every day and talk to her for hours, hoping to trigger something in her with jokes from a book or stories about sandwiches. But she doesn't wake. As they're getting desperate, Selena comes home: she'd been on holiday in Bali and had no idea that her sister had never made it back to Melbourne. She offers to support the boys no matter what. Finally, Jamie is getting the help he needs.
Just before the trio is forced to admit defeat and return to Melbourne, Jamie tries something he hasn't tried before: opening up to his mother about how much he loves his family, how much he's struggling, and how much he needs her. With a final hug, Jamie and Oscar leave the Royal Perth Hospital for the last time--only for their mum to finally wake.
When Jamie and his family return home, he finally reaches out to the school administration for support with his missed schoolwork and commits to being more open with his mum. Similarly, Dan has transferred out of the accelerated program and is reaching new heights with standup comedy. Zara's art is exhibited in a student gallery. Zara and Jamie, with some of the pressure taken off them, start a relationship.
A sweet and thought-provoking book about the importance of communicating everything from grief to love. Equally, it's a reminder of the responsibility of institutions to help where it's needed and how difficult it can be to trust.
Until Dan admitted top the school that he needed help getting out of the accelerated program, his mum couldn't see that he would never get the results she wanted where he was. At the same time, Jamie has to go to extreme lengths to avoid being taken away from his brother--a worry that is confirmed when he does talk to the school administration.
Because Jamie and Oscar live in an ableist world, it's harder for Jamie to ask for help than it should be. Few people see how important it is for Oscar to have his family and independence. At the heart of it all, Oscar's love for his family and friends and his joy at life bring everyone together, while Jamie's resilience and loyalty keep them close.

How to Use the Site:

MEMBER DISCOUNTS: For Member pricing, please sign in to your Book Curator account.
WISH LISTS: Signing in will also allow you to create a wish list. Just choose the heart icon on each product you want to add. To view your list, click on the heart icon at the top right of your screen.
COMPARING PRODUCTS: To compare products, use the scales icon.
TO VIEW OR COMPLETE YOUR ORDER: Click on the cart icon at the top right of your screen.
SHIPPING: Enjoy the low flat rate of just 12.95 shipping and handling to anywhere in Australia, no matter how large your order is.